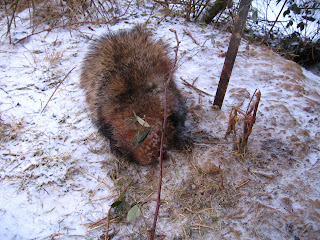 Exactly a month ago, on a Thursday morning, I found this badger caught in a horrible snare.

This blog entry will be entirely in English, for those who don't read Dutch or French and come to visit here because they care about animal welfare. It has been quite a busy month so far, with some highlights this week, on political levels, even though there's still a lot of work that needs to be done, stuff to be contemplated and decisions to be made.

On Monday some of our Equilibremael team went to Namen, an ancient city along the rivers Meuse and Samber. Namen is the capital of Wallonie and of the province Namen/Namur/Nameur. It's also the city where the wallonian government resides and runs their region, as part of Belgium, a country where they speak three languages (Flemish-Dutch, French and German) and have even more governments on various levels. It's as complex as fascinating and kindred to the history of Maastricht and the south of the Netherlands, because it was man who drew up the boundaries of states and countries, turning towns and villages and regions into orphans, technically abandoned and estranged from their historical and socio-cultural roots. The city of Maastricht, for example, is as Dutch as a Scotsman is British and bilingualism or even multilingualism, in the past, was pretty normal and sometimes even standardised. If you spoke French, next to Dutch and the local dialect "Mestreechs," you came from good breeding. To speak French was classy and a proof of good taste and manners. 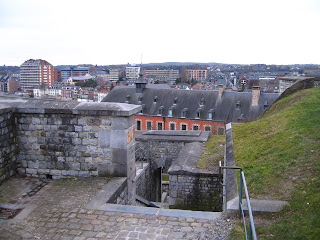 The lingual divide in Belgium is cause for complexity and Babylonian situations, yet somehow the Belgians seem to manage and if one thing, it certainly has its charm! As such it has been a real pleasure to witness wallonian politics at work last Monday, in the Bâtiment Saint-Gilles building, next to the historical Citadelle de Namur. People were friendly, greeting visitors and strangers, a sign of courtesy and civilization that certainly contradicts the madness of the legal snare. So far, it were often Belgians who were surprised and shocked to learn their region still allows for the snare to be used against foxes. Whether foxes are a real danger or trouble and a burden, that's a valuable discussion in its own right, one that we can only encourage and stimulate, by the way. 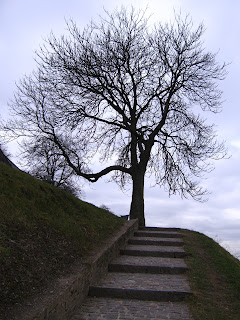 Last Monday, Caroline Cassart asked minister Benoit Lutgen about the snare and how it also captures animals it is not supposed to entrap. The minister answered he did agree that animal suffering has to be avoided at all cost and that those who do not follow the rules of the hunting legislation should be severely punished. But he also reflected that reviewing the hunting legislation and the functioning of the snare was a matter of time and research before any decision whatsoever could be made.

The following day, a similar question about the snare was posed to his colleague minister Onkelinx, by federal representative Magda Raemaekers. In absence, but having given her secretary full accord, the minister responded with quite a promising answer. She totally agreed that the snare is an instrument not of this time and in context with statements in the law regarding the well-being of animals, every option has to be taken into consideration in order to ban the snare from the hunting legislation. She would discuss this as soon as possible with her colleague minister Lutgen, who is in charge of these matters in the wallonian region.

So, all we can do now is keep our fingers crossed, write email letters to the minister and google for interesting articles concerning this particular subject. And so I came across the website of the Merseyside Police UK with a very interesting paragraph about snares:

These are commonly set for foxes and rabbits but should only be set by trained and experienced people. They must not be set where they are likely to catch non-target species, such as badgers, deer or otters (which are specially protected) and must be checked daily. Snares can cause dreadful injuries to animals as they struggle to release themselves.

I also found quite a bunch of rather saddening images of badgers caught in snares.

The snare has to be banned from the legislation and not be used as a tool to conduct practises that can lead to animal suffering, slow suffocation and a cruel unworthy death. That's the goal of our actions and we hope that those in charge and control of the powers to change the law, WILL change the law accordingly.

It's because I had heard shooting, the Wednesday before, that I decided to go and take a look the next morning. It was around 15.00 hrs, that afternoon, when we heard the shot, it came from a familiar direction, known as a playground of the local hunters. It was then when I knew I had to go check it out, but all I expected to find were some empty shells, like we have found so many over the years. I did not expect to find a wounded animal and the horror of that moment carries a large part of what made me determined to do something about this whole mess. As soon as I heard the poor badger cry as he tried to move around and free himself from the snare, it really fueled my anger at first. Later on, as I stood there waiting for an hour until the Wildlife Rescue workers arrived, there was plenty of time to think it all over.

All I knew was, we had to find justice for this cowardly cruel act against civilization and animal welfare. So here we are, and here we stay until justice is served and done.
Gepost door Natuurlijk Evenwicht Equilibremael op 19:53 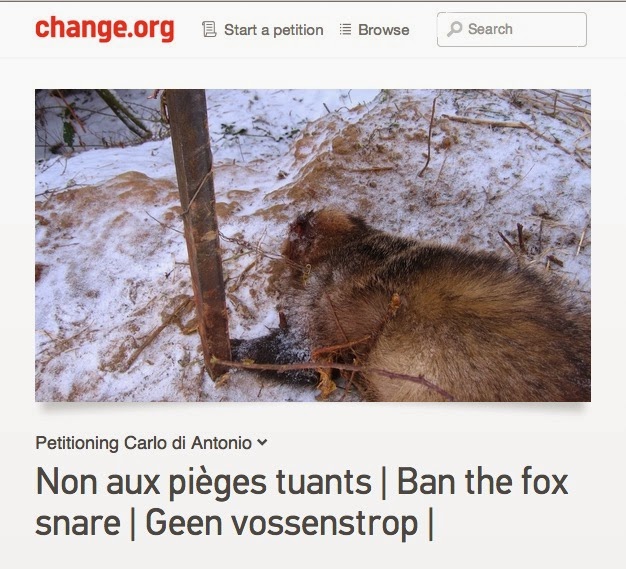 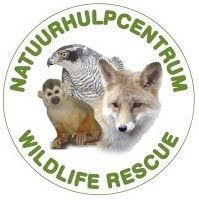